Litigants in a contentious family law case all too often find themselves in a situation where one or both of the parties are not happy with the Trial Court’s decision. In such situations, either one, or sometimes both, of the litigants wish to request that a higher court change or reverse the lower court’s decision by filing an appeal.

Szaferman Lakind’s experience in Family Law Appellate work is second to none. We have successfully argued family law cases at all levels of the New Jersey Court system, including the New Jersey Supreme Court. We have been at the forefront of shaping New Jersey law on significant family law issues through our participation in New Jersey Supreme Court and Appellate Division cases involving issues such as: the proper legal analysis that is to be utilized to determine the entitlement, length and amount of an alimony award; the manner in which assets should be equitably distributed, including the eligibility, valuation and percentage allocation of such assets; custody and parenting time issues, including the right of parents to relocate children from the state, and the use of arbitration to resolve such custody and parenting time disputes; grandparent visitation rights; college and child support issues; and domestic violence restraining order appeals. The many referrals we receive for appellate work from other lawyers demonstrates our ability to handle the most difficult and complex of legal issues.

For a sampling of some of our more interesting and significant cases, please click here.

Below, please find answers to some of the more frequently asked family law appeal questions we encounter:

“What is an appeal?”

If you do not agree with a decision rendered by a Family Part judge, you can dispute the decision by filing an appeal to a higher court.

“What is the standard of review?”
The standard of review that the Appellate Division applies when deciding whether a Family Part Judge’s decision should be reversed varies depending upon the particular issue being appealed. Generally, in order to reverse the Family Part Judge’s decision, you must demonstrate that the decision failed to follow controlling legal principles, was an abuse of discretion, or was not based upon substantial credible evidence.

“To which court do I appeal?”

“How long do I have to file an appeal?”
You only have 45 days from the time in which you receive the Court’s final order to file an appeal. This rule is strictly enforced, and untimely appeals will not be considered.

“How long does the appeal process take?”
A normal appeal generally takes about 16 to 20 months from start to finish.

“What if I cannot wait that long?”
The Appellate Division has the discretion to hear an appeal on an emergent basis, or to accelerate the appeal so that it is heard more quickly. In order to have a matter handled on an emergent basis, you must file an application with the Appellate Division and demonstrate that a definitive event will occur or specific action is required on a date prior to the date on which a motion made in the ordinary course can be considered by the court (usually three to four weeks after the filing of the motion). An emergent appeal can be decided in as little as 24 to 48 hours. If you wish to request that an appeal be heard on an expedited basis, you must file a “motion to accelerate” the appeal with the Appellate Division.

“Do I need an attorney to file an appeal?”
The rules for filing an appeal are very strict. For instance, failure to submit a brief in the correct font or with improper margins will cause the clerk’s office to reject the submission. In addition, there are strict rules pertaining to how the brief (legal argument) and appendix (record from below) are to be prepared. If you are serious about winning an appeal, it is imperative that you utilize the services of an attorney with substantial experience handling such matters before the New Jersey Appellate Courts.

“How much does an appeal cost?”
Attorneys handle appeals on an hourly basis. The number of attorney hours required will vary greatly depending upon the complexity of the issues involved, and the length of the proceedings below. An attorney handling an appeal will be required to review the entire record stemming from the Family Court proceeding. Therefore, a larger record (i.e. many days of trial) will normally result in an appeal being more expensive than an appeal stemming from a post-judgment motion. In addition, the more complicated the issues, the more time it will take to properly research and draft the required brief that sets forth your legal argument in writing.

We at Szaferman, Lakind believe that our firm’s impressive record in the New Jersey appellate courts can be directly attributed to the fact that we are very selective when agreeing to handle an appeal. Our high level of sophistication and experience in handling family law appeals, coupled with the fact that we have two retired former Presiding Judges of the Appellate Division working at the firm, makes us uniquely qualified to properly evaluate your chances of succeeding when prosecuting or defending an appeal. We encourage you to contact Brian G. Paul, Esq. if you wish to have Szaferman, Lakind consider handling a family law appeal on your behalf. In addition to evaluating your likelihood of success on the appeal, we will also provide you with an estimate of the total cost of the appeal, should our firm agree to handle it for you.

“What happens to the original decision while it is being appealed?”
The Family Part’s Order remains in full force and effect after an appeal has been filed unless the Appellate Division or the Trial Court issue a “stay pending appeal.” A stay can be obtained through the filing of a motion. Prior to filing a motion for a stay pending appeal with the Appellate Division, you must first request the Family Part Judge to issue a stay. Generally, in order to be successful on a stay motion, you must demonstrate: (1) irreparable harm will result from enforcement of the judgment pending appeal; (2) the appeal presents a meritorious issue, and that you have a likelihood of success on the merits; and (3) assessment of the relative hardship to the parties reveals that greater harm would occur if a stay is not granted than if it were granted. 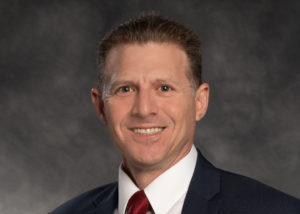 Thank you for visiting our website. You can trust the experienced, compassionate, and powerful attorneys at Szaferman Lakind. Contact us now to start a confidential conversation about your legal needs or to have any of your initial questions answered.
Contact Us